It has been a long year on Etting Street… 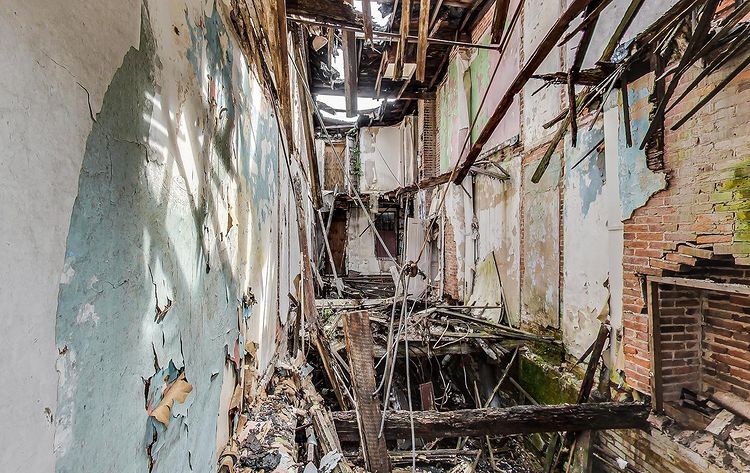 It has been a long year on Etting Street…first of all, we welcomed our new cohort to rebuild the second set of houses. Bryanna, Chanelle, and Shandria started on August 17th and have stepped up to the challenge of rebuilding their houses. In addition to our new participants, BWBB has hired its first employee, Tonika Garibaldi, as Materials and Program Manager. We also have our first intern, Erina Kironde, and have brought on our newest board member, Charrise Alexander and newest advisory board member, Danielle Ford. You can learn more about all of them here.

We set electrical boxes and installed recessed lights, insulated walls and ceilings, tiled bathrooms, and are onto flooring and trim. Three months in and things are starting to shape up. Check out more of our work in our Instagram feed

We have managed to keep our work environment COVID safe and free by wearing masks and gloves, labelling equipment, and social distancing while we eat our lunch. Our hope it that you are staying safe and well too.

Due to Covid we have not been able to reach out to as many women or programs where potential participants are involved. So please spread the word about us!
We will start a new cohort in the Spring 2021 to begin another three houses in March.

We have been quite a bit of press recently and want to make sure you all have seen it: 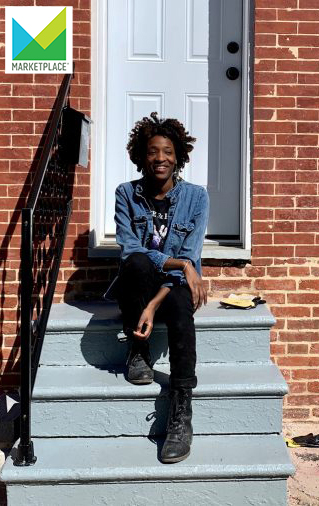 Catch up with Quanshay Henderson, our very first participant at BWBB and new advisory board member, on Marketplace

It was Sunday morning, and Quanshay Henderson wore jeans, work boots — and a mask, though not for the reason we wear them now. This was in early March, before the coronavirus pandemic had really arrived in Baltimore. Henderson was suited up for a cleaning party. 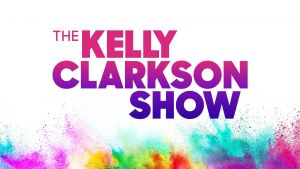 We are excited to announce that Shelley had a guest appearance on the Kelly Clarkson Show where we were gifted $50,000! We are so grateful, and plan to buy a van for our use and begin building an office/community space with the remainder. Watch full segment

You can find Shelley, our Founder and E.D., on CNBC talking about the mindset of generational wealth and how to build it. Black women learn homeownership – from tool belt to closing the deal CNBC Select spoke with Shelley Halstead, founder and director of Black Women Build-Baltimore about her definition of generational wealth and why it matters in America. By Megan DeMatteo

We have also received great press in the Christian Science Monitor. To learn more about how we came to be check out the article here: Black women learn homeownership – from tool belt to closing the deal
Shelley Halstead sees promise in thousands of vacant homes – and in the Black women she can empower to live in them. Her nonprofit puts tools in the hands of trainees and then helps them buy the refurbished properties.

Home ownership is a distant dream for far too many Black women in this country, and we value all support. This is a space where Black women can learn, plan, and execute their goals.
Thank you for your continued support!

It seems like only a short time ago that we were working diligently to save the small row houses on Etting Street from demolition. As many of you know, we did save those row houses. It was because of your belief and quite frankly, because of your donations, that this was possible. We had support not only from Baltimoreans but from my communities on the West Coast – evidence that this project is bigger than Baltimore; no one should sleep on this.

We are now working determinedly to rehabilitate the Etting Street row houses. In January we signed the Land Disposition Agreement with the city. When a ransomware attack shut down many Baltimore City governmental functions, including the transfer of properties, we moved forward on our work by obtaining a Construction Right of Entry in late July. Once our construction permits were approved, we began working on our first house with Quanshay Henderson, our first participant.

Quanshay grew up in South Baltimore, along with several siblings, and has been working with Black women Build-Baltimore while employed as a hospice aid. She has enjoyed learning the skills to work on her home, and looks forward to the financial independence that will bring.

We’ve done extensive work on Quanshay’s house: debris removal, brick work, roofing, framing a sun porch and deck, and revealing the original brick facade. We are about to bring in other trades for the next phase of rough ins — HVAC, plumbing, and electrical — before moving on to finish work. See pictures below.

We’ve been working on our organization as well. Mid-year, BWBB elected a new board of directors and installed our advisory board. Check out their bios.

Over a weekend in late June, we held our first board retreat and strategic planning session. We dug into our vision, our mission, and our values, and produced a three year plan of goals – one of which was to acquire and rehabilitate a total of 10 houses and one vacant lot on Etting Street. We’ve named this plan The Etting Street Project. We closed on four previously city-owned properties on September 19, and are working to obtain the remaining vacant houses on Etting Street, both city- and privately-owned.

Black women Build-Baltimore has been gaining press attention. Baltimore Magazine just profiled our organization in October’s issue. We enjoyed the opportunity to talk about who we are, what we do, and why we are doing the work of building wealth through home ownership.

I wrote an op-ed in the Baltimore Sun challenging the foresight of a low-income development that is being built in the neighborhood. You can read the full text here.

Black Women Build – Baltimore won its second grant from Baltimore City’s Community Catalyst Program in September. These grants are awarded to help emerging organizations with operation and capital expenses. We have learned that government funding moves slowly, as we are still awaiting our check from the first March grant.

And this is where you can help. No, it’s not a letter writing campaign to the City, but it does involve paper. I know you believe in the work that we do, so please consider donating via the link at below. As we finish Quanshay’s house this Fall, we need additional funding to stabilize and do roof repairs to protect the remaining three houses before winter. For monthly donors, we have a small gift to show our appreciation.

Thank you for your support. 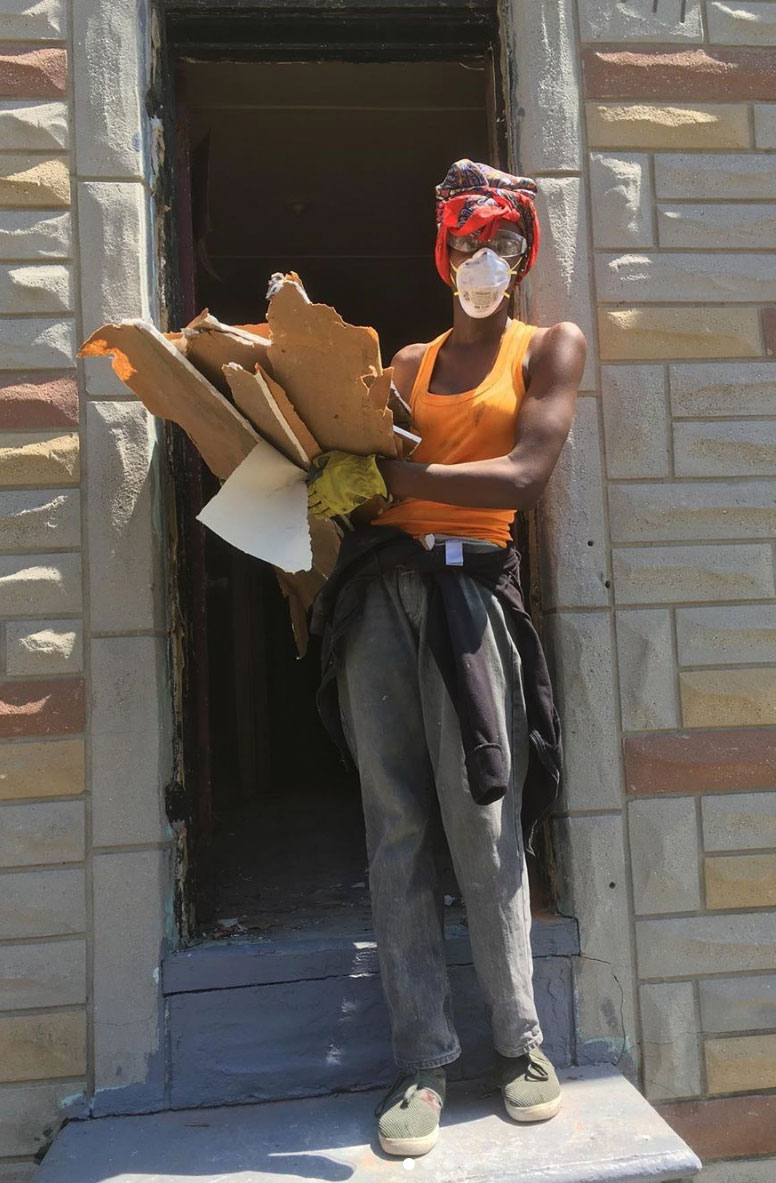 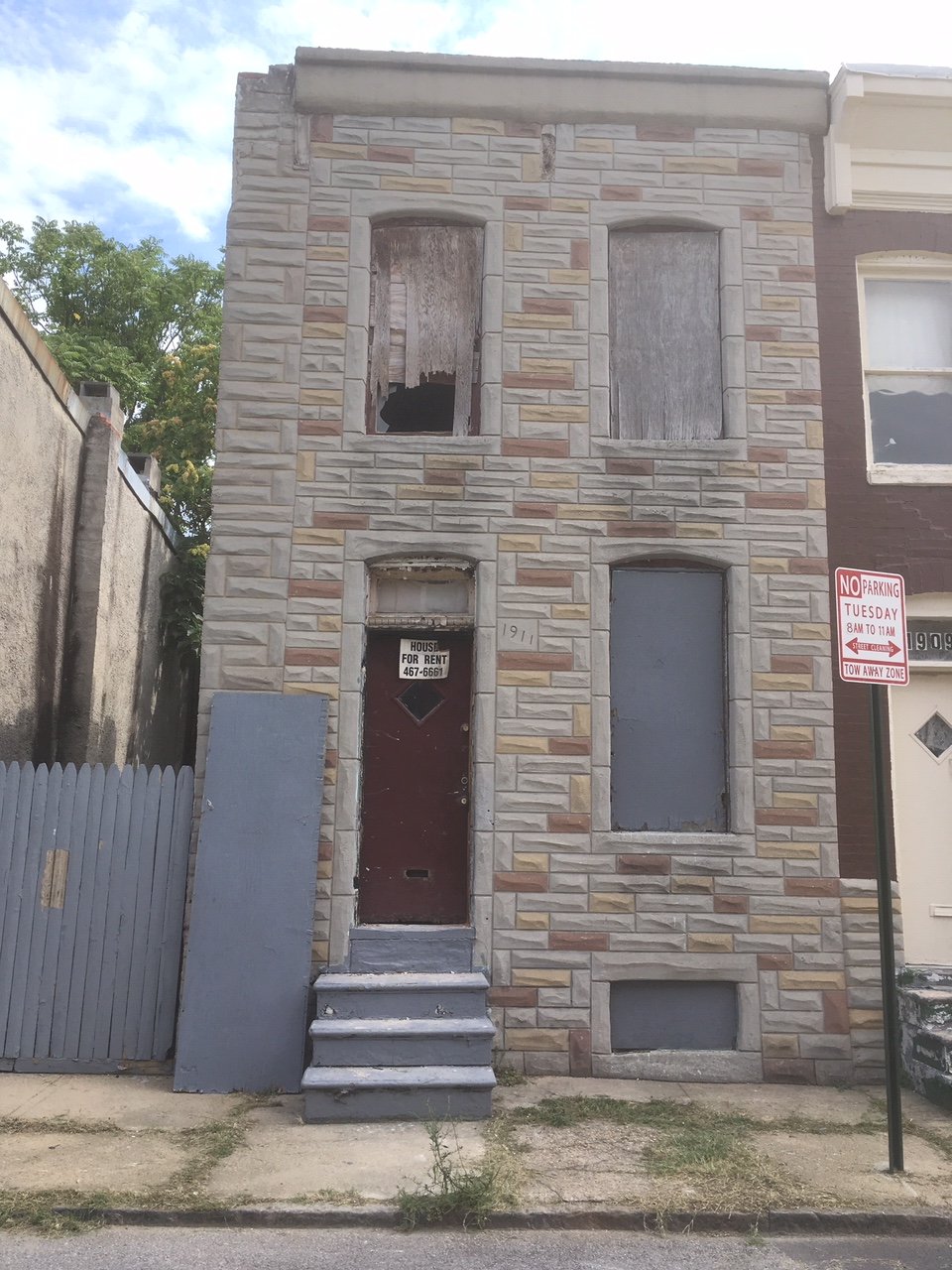 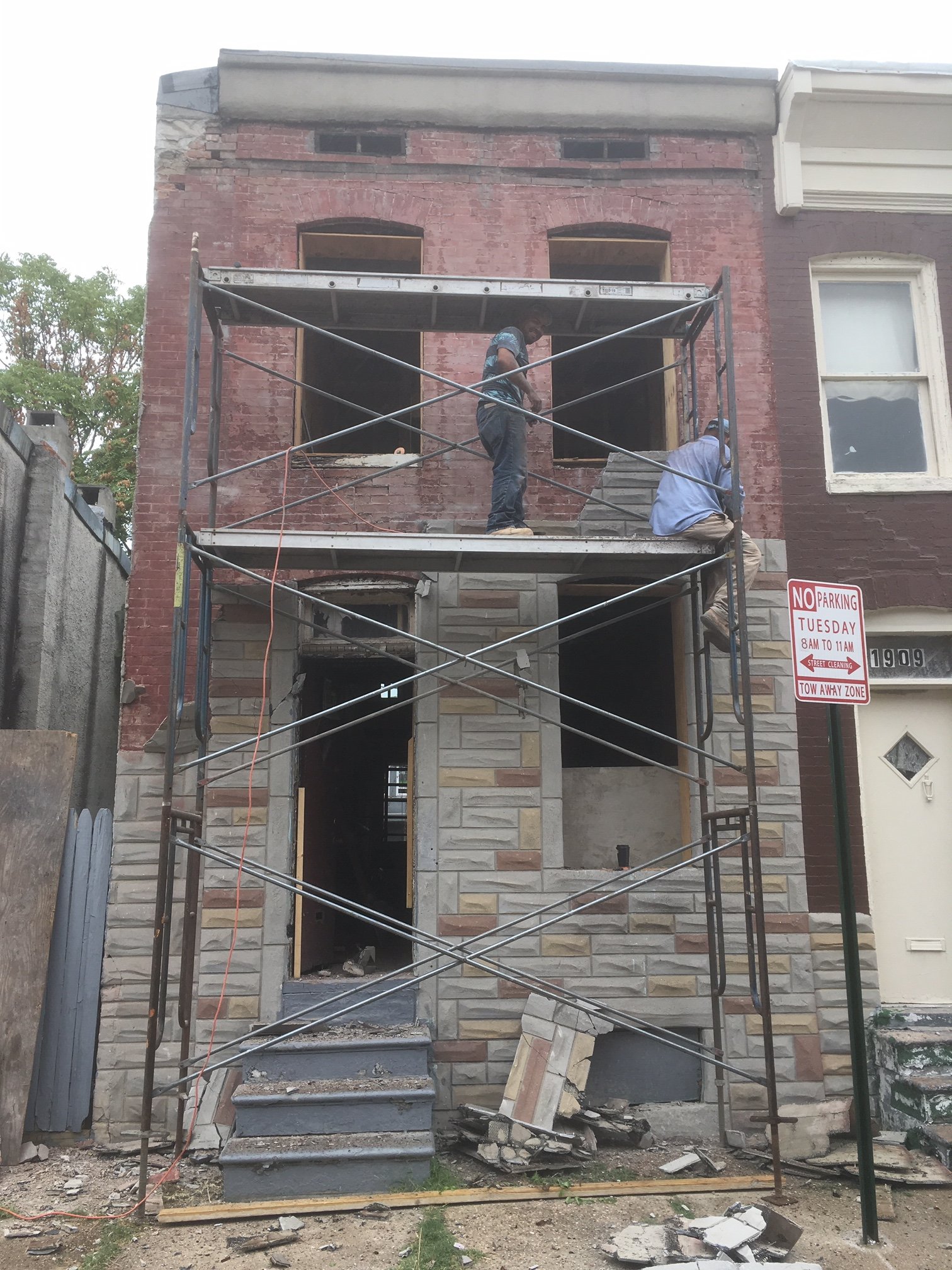 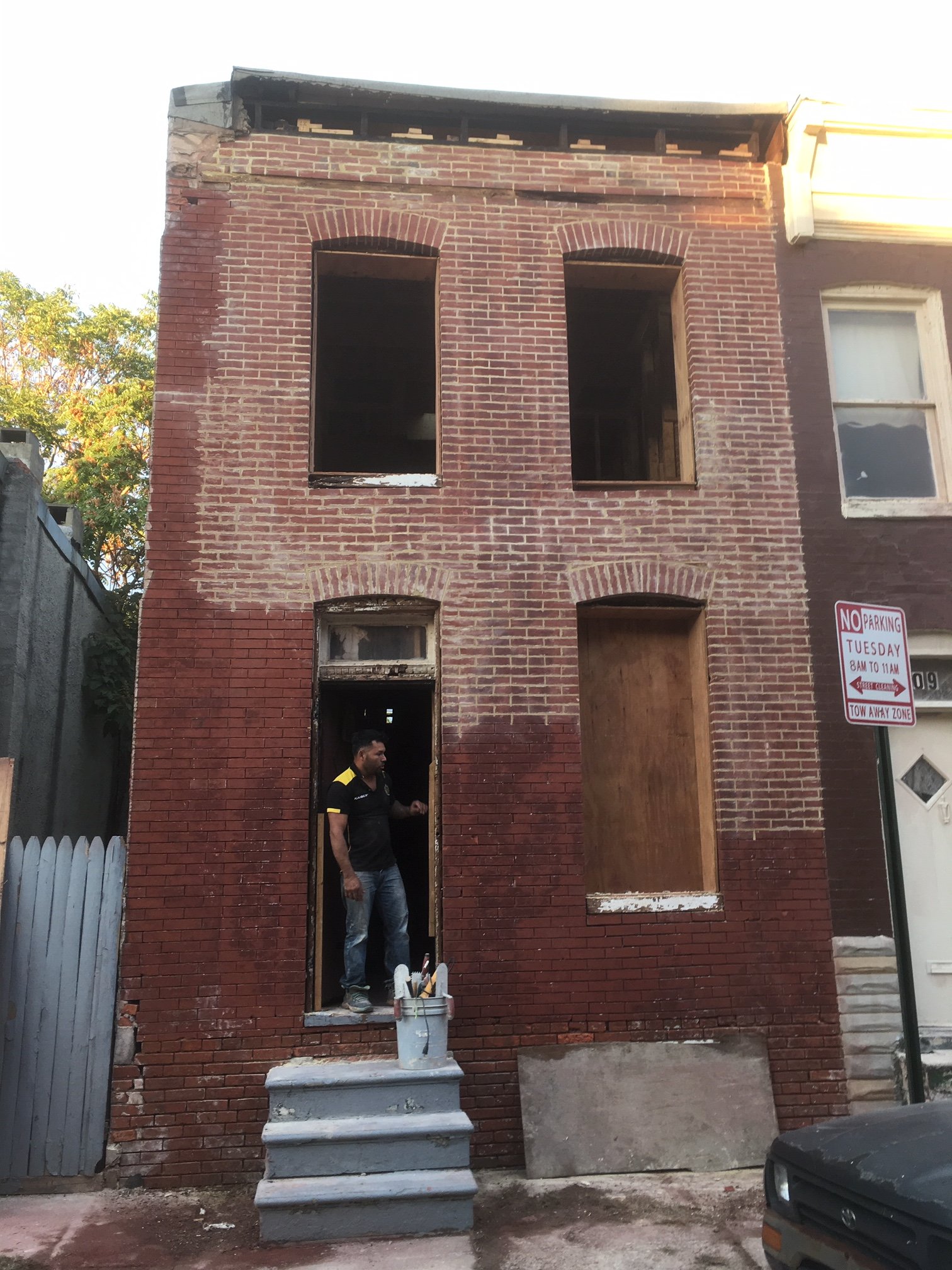 Black Women Build – Baltimore is a 501(c)(3) tax-exempt organization and your donation is tax-deductible within the guidelines of the U.S. law. To claim a donation on your U.S. taxes, please keep your email donation receipt as your official record. We’ll send it to you upon successful completion of your donation.